A formidably well-informed audience volunteered numerous good questions during and after my presentation Energy, ageing, fidelity and sex. Oocyte mitochondrial DNA as a protected genetic template. I sensed a degree of polite scepticism. Good. There is no point in explaining things to people who already agree. Such an appreciative and critical audience is definitely good for morale. What a contrast with the department in which Fanis and I were once colleagues.

Lunch was followed by a guided walking tour of the spectacular UNAM campus. Warmly recommended. It’s not my place to comment, but the “Autonomous National University of Mexico” (which it is) should surely be better known internationally. Go there if you ever get the chance. It’s a great place. We’d seen that already on 27 April.

I am most grateful to my host in IFC-UNAM, Xochitl Pérez Martínez, pictured here with Fanis Missirlis. 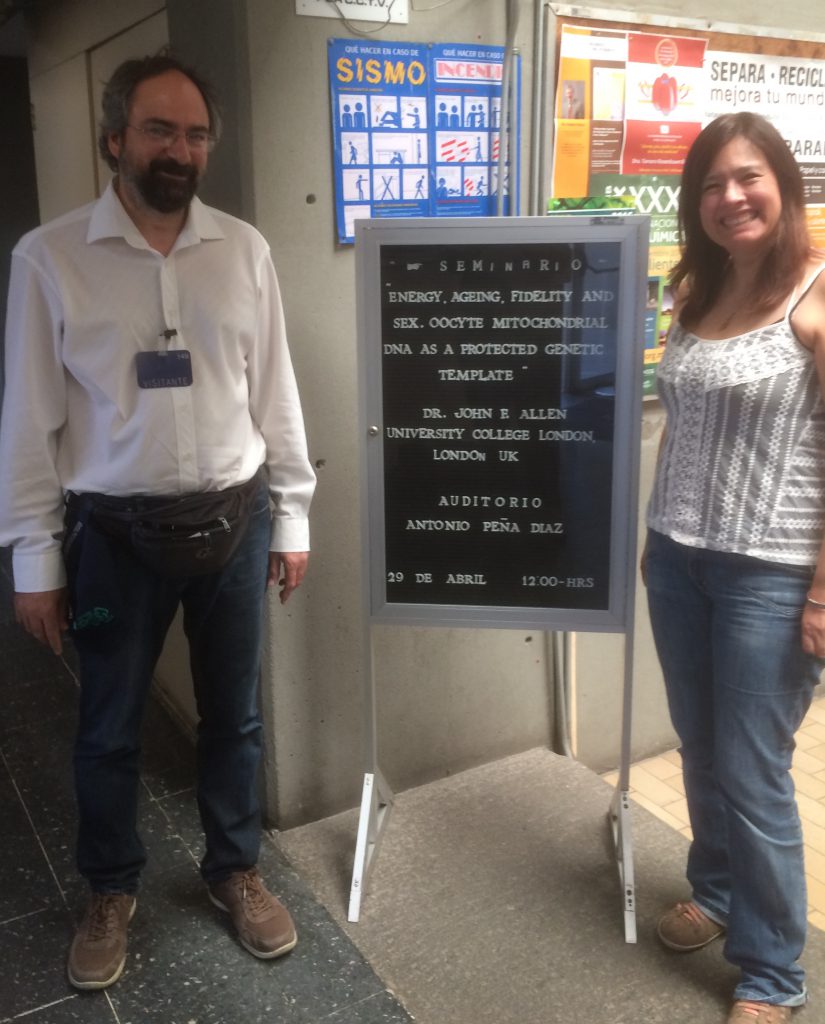