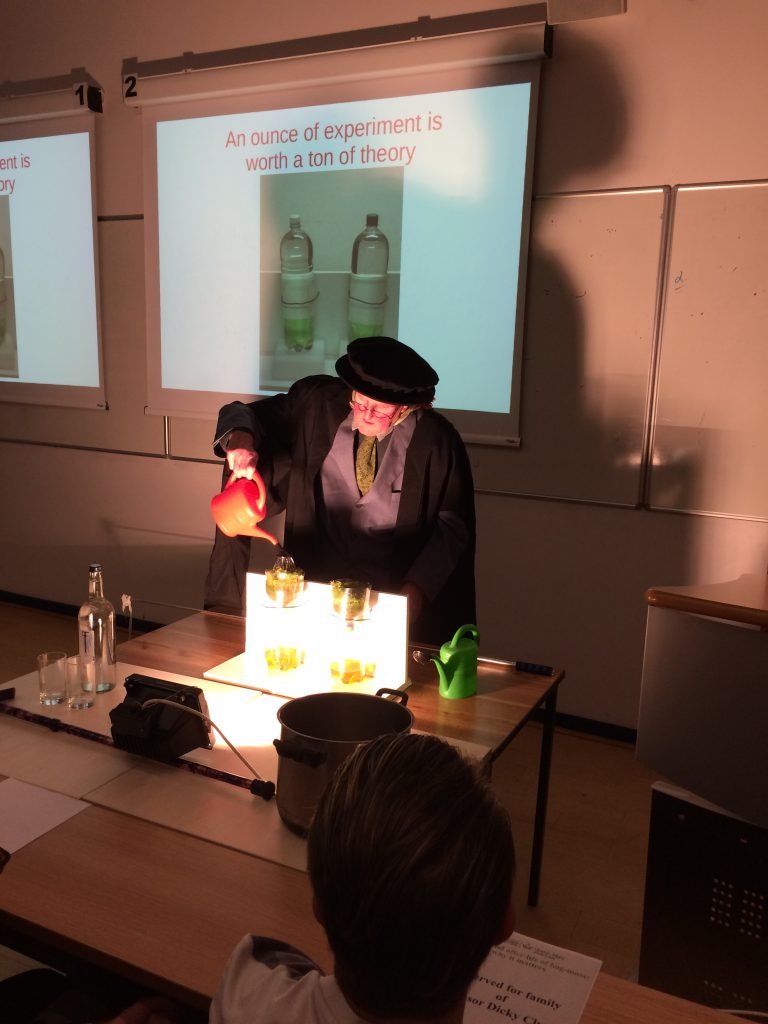 The life and afterlife of bog-moss: why it matters – Professor Emeritus R.S. (‘Dicky’) Clymo

This was a superb lecture; informative, stimulating, and entertaining. Dicky had put much thought into it. No-one could have gone away disappointed. Everyone in the packed audience will have learned something, and been given cause to think.

Contributors presented interesting new findings, approaches and techniques, while the outlook and prospect of “enhancing photosynthesis” seems not to have changed significantly over many years. Crop plants rely totally on the same photosynthetic mechanisms as those used by all plants, and some bacteria. I like the idea of tinkering with these machines to see what might be done. Totally unexpected results, rather than targets, will be the most useful. Important discoveries and new possibilities always arise from a problem in understanding, and from thinking of ways to solve it. There were definitely some important problems, good ideas, and experimental tests freely reported at the meeting. Some were very good indeed. I shall comment on these. It was unfortunate that the meeting opened with an unscheduled ten minutes intelligible only to those already aware of some sort of bid for funding, thus excluding most of those present.  I was happy to be in the majority on this.

There is progress – resting always on the possibility of ideas being open to examination and criticism.