1. Why do chloroplasts and mitochondria contain DNA?
2. Research Questions, Hypotheses, and Cell Evolution 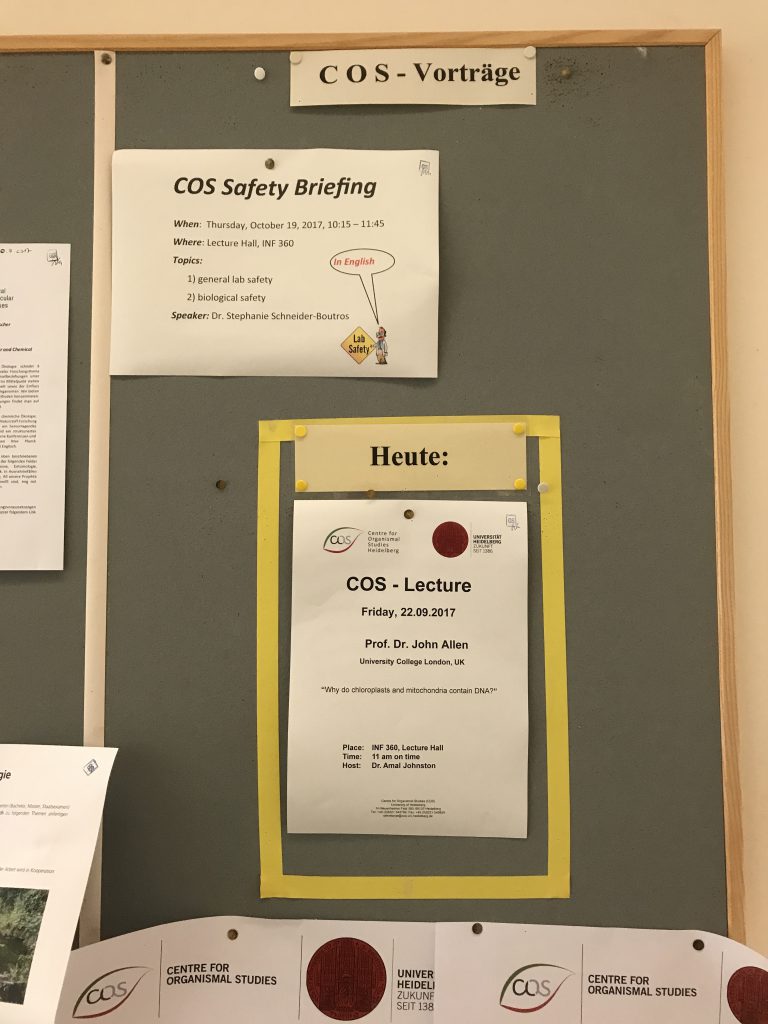 “In the beginning was redox control. Why mitochondria contain DNA and how we look after it”.

Photos from the meeting

“Why do chloroplasts and mitochondria contain DNA?”. 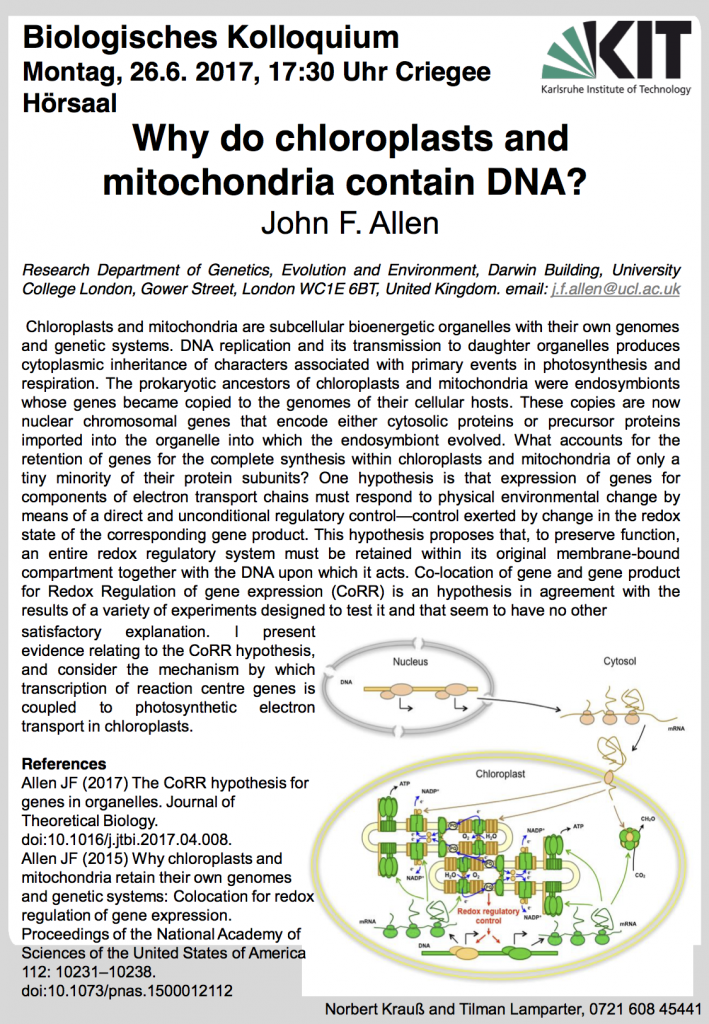 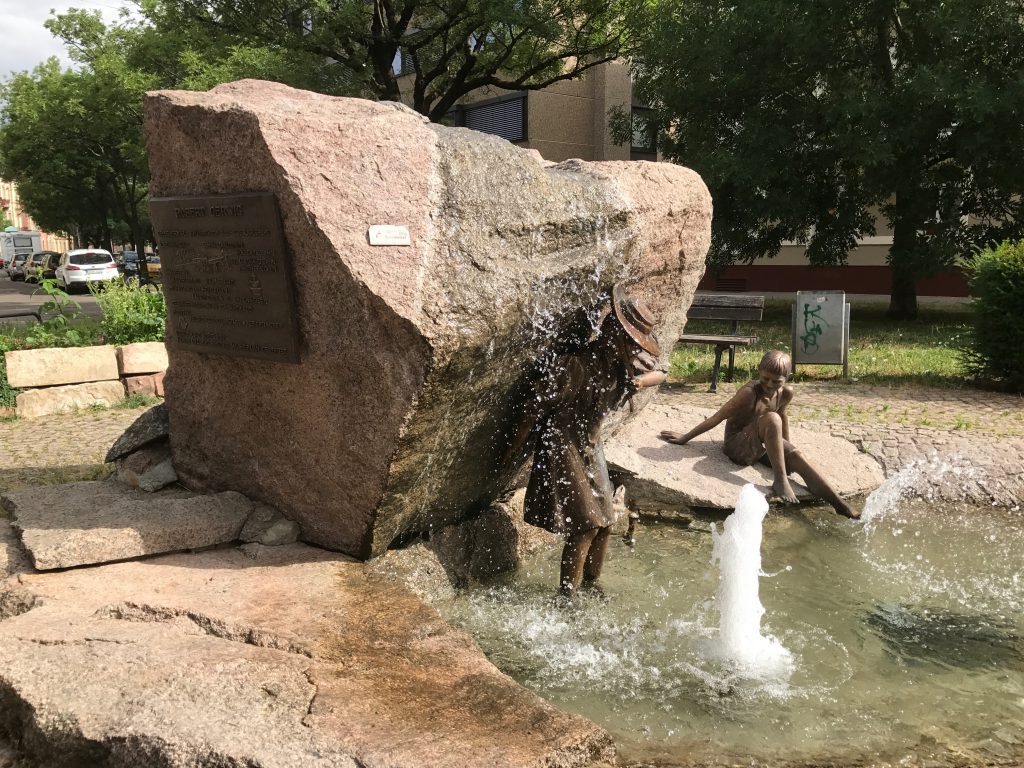 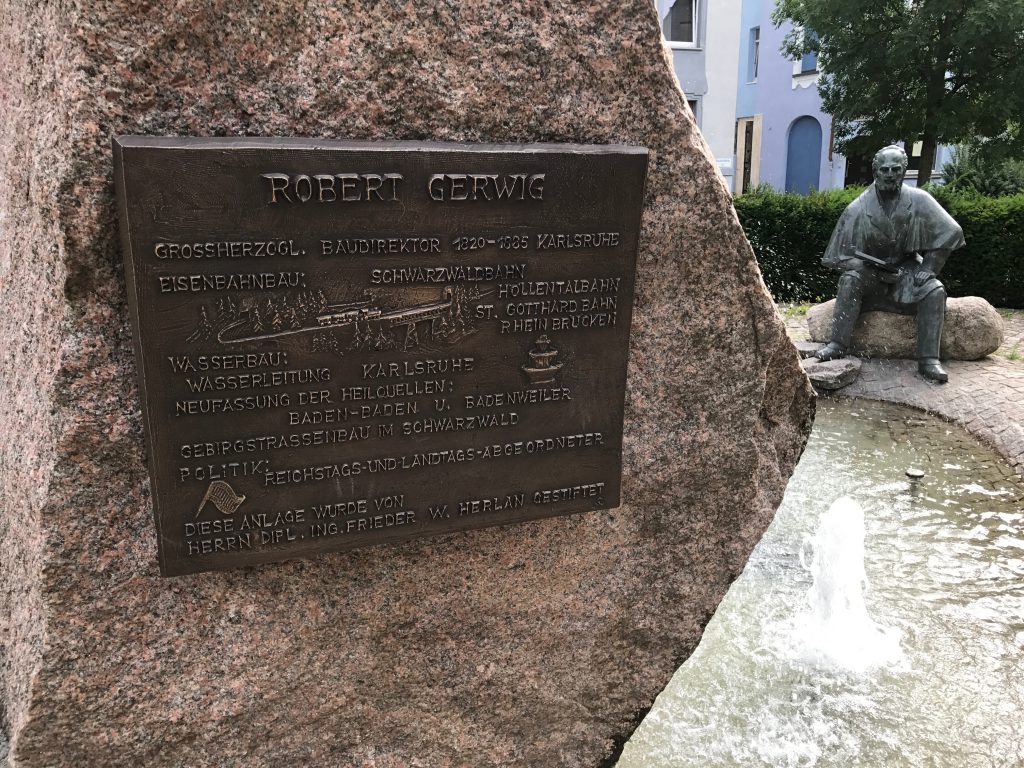 “Why chloroplasts and mitochondria retain their own genomes and genetic systems: Co-location for Redox Regulation of gene expression”.

The reflected image of the photographer was accidental. 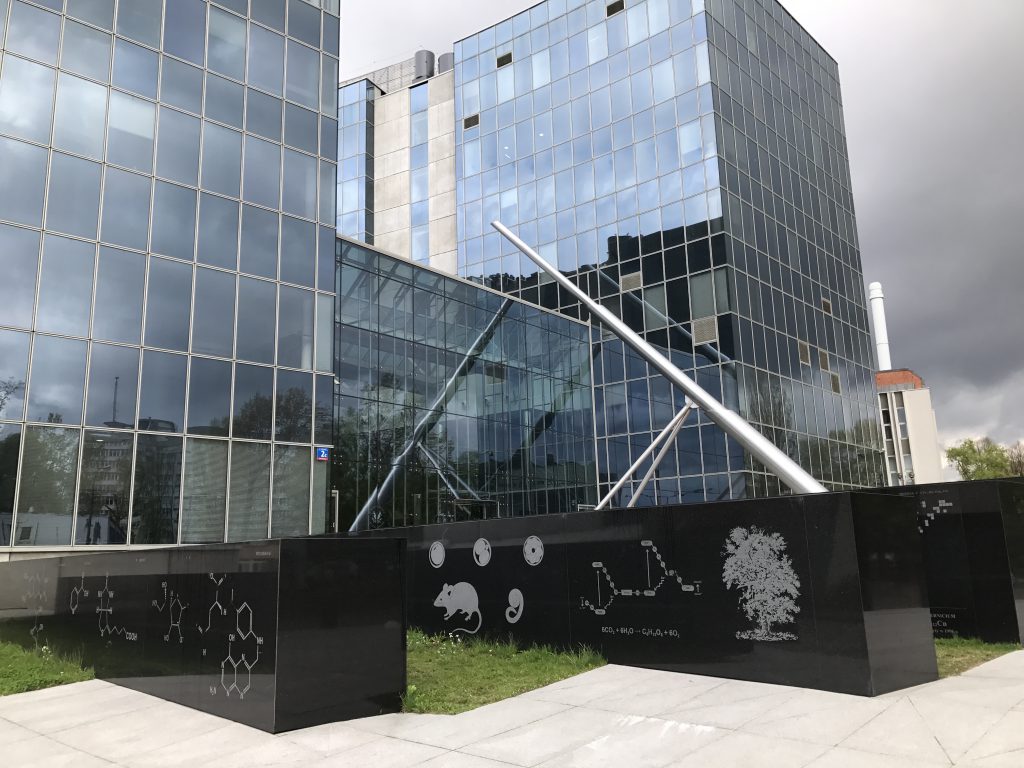 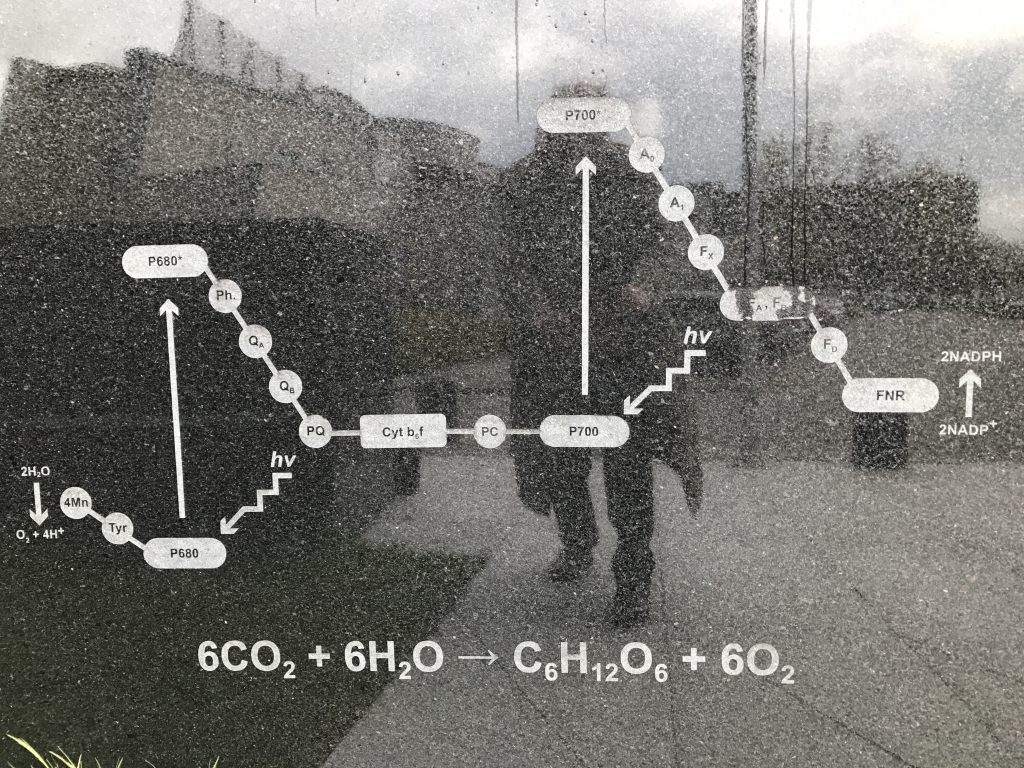 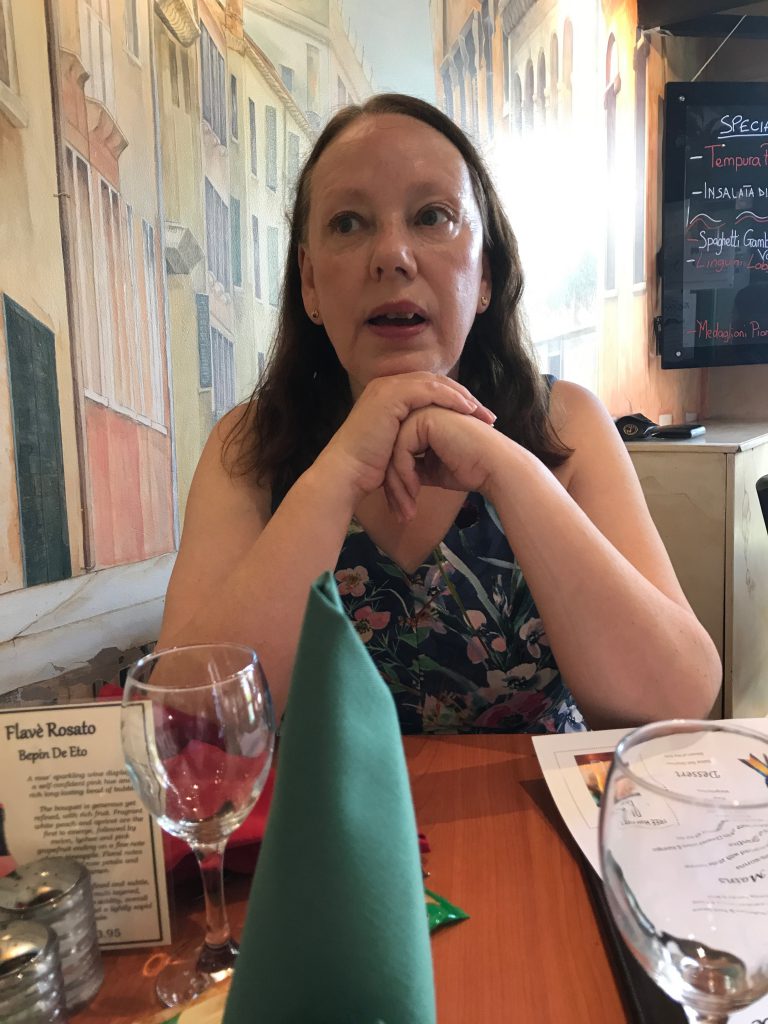 Today is our wedding anniversary. This year it happens to be fathers’ day, too.
To love and be loved.
How lucky am I.

“When members of the international jet-set get together and the conversation turns naturally to fun spots of the Western world it is probably safe to assume that the word ‘Newport’ does not crop up frequently in the conversation”.

I once read this attributed to the redoubtable South Wales Argus, a newspaper today inexplicably not barred from representation at White House press conferences.

The river Usk flows through the town where I was born and grew up.

There is much to see at either side of its mouth, shared with the Ebbw, out to the wonderful Severn Estuary, which the Romans called “Sabrina”. The Usk is about as far West as the Romans ventured in Britain. 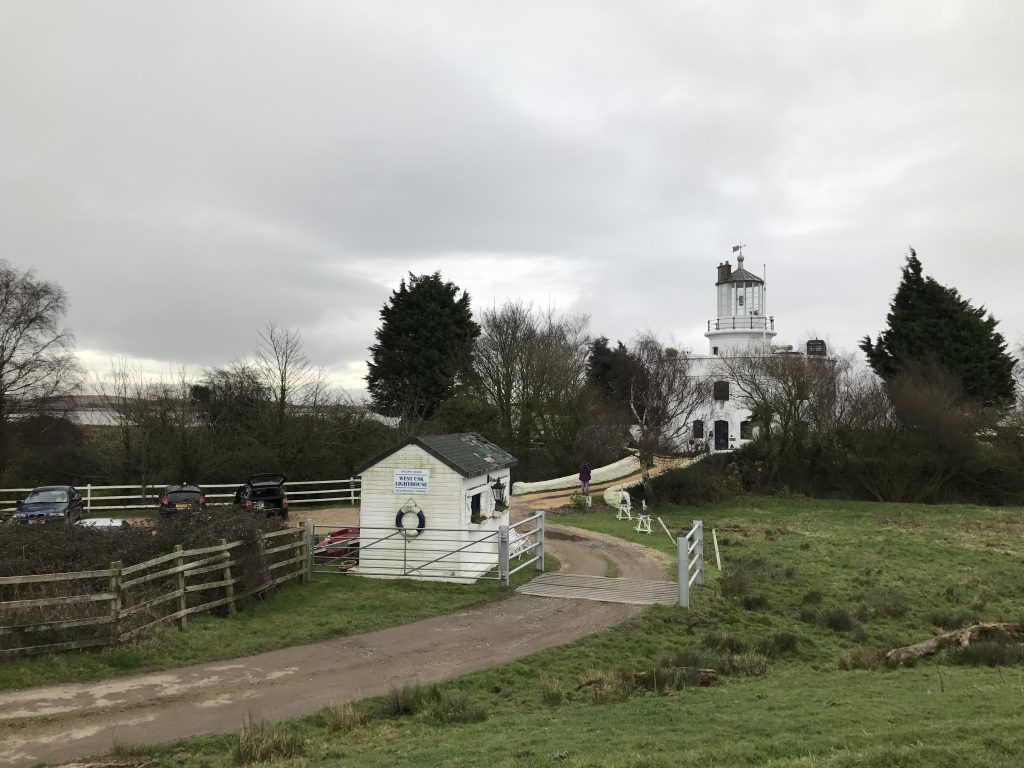 West Usk – The lighthouse, where Carol and I stayed last weekend. 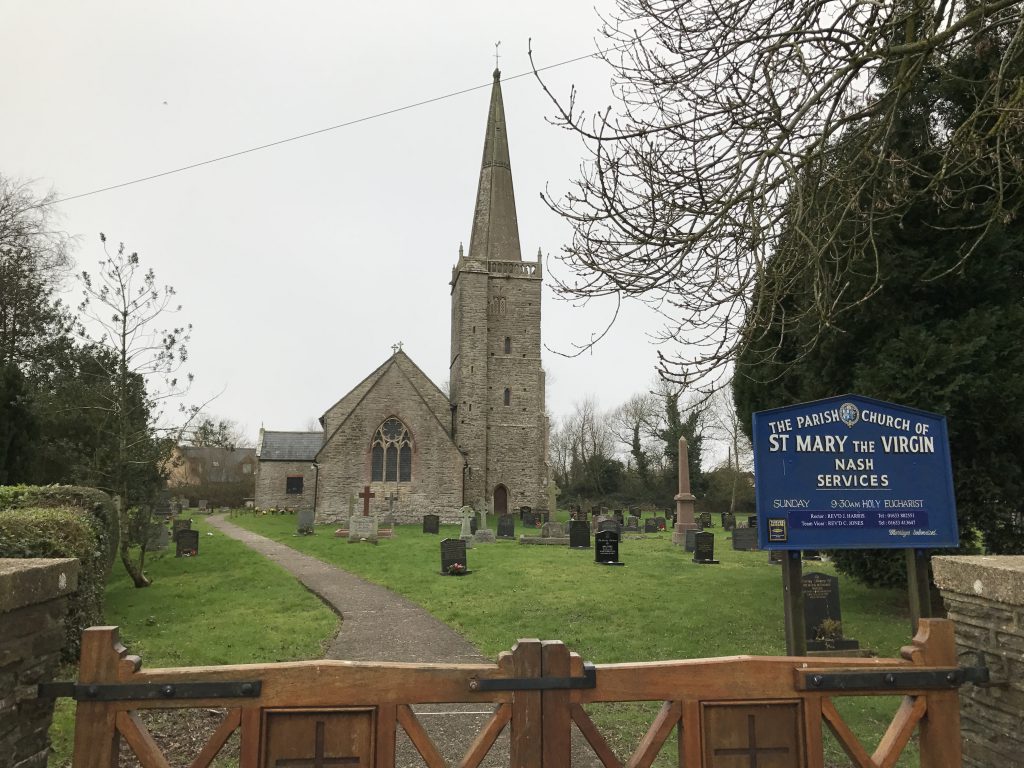 East Usk – West Nash. St. Mary the Virgin, in whose churchyard lies the grave of my brother, Garrick. The church still bears the high water mark from the Bristol Channel Tsunami of January 1607. 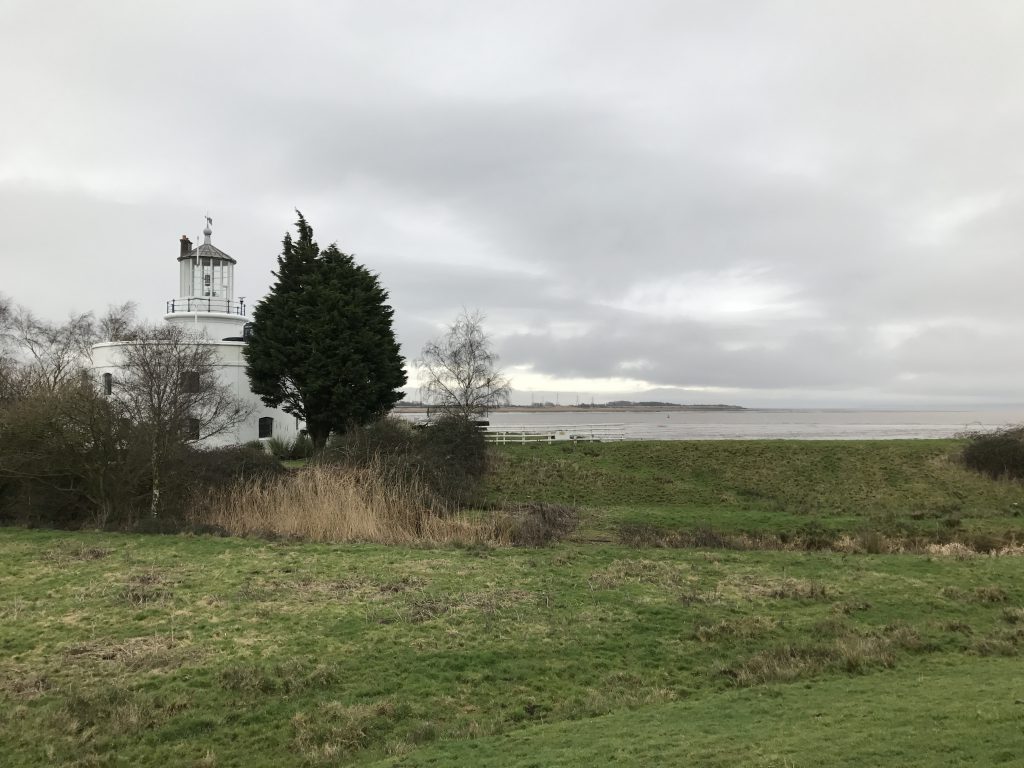 View across Uskmouth from West Usk to Goldcliff, of which I have fond personal memories. Romans first set putchers there, in the intertidal zone, to catch salmon from the fast-flowing Severn.

Newport – home of the Mole Wrench

Related posts here:-
What do universities actually do?
A university is… | Comments welcomed
Academic Independence
Higher Education and Research Bill – what is it for?
Failing management in UK universities
The Managerial University: A Failed Experiment? – Demos
Research Assessment and REF

How I wish that cells’ ancestors were not, now, being named after Norse gods.

The whole of Norse mythology is dark, superstitious mumbo-jumbo. Giving names of non-existent quasi-humans to hypothetical organisms inferred from metagenomes is an obstacle to thought, and an open invitation to anthropocentricity.

The usually admirable Ed Yong in The Atlantic, 11th January 2017:-

In Norse mythology, humans and our world were created by a pantheon of gods who lived in the realm of Asgard. As it turns out, these stories have a grain of truth to them.

No they don’t. Not a single grain. They are complete tosh.

The precedent for the terminology seems to be a fascinating mid-ocean hydrothermal field gratuitously named “Loki’s Castle” (Pedersen et. al., 2010) – by researchers, as it happens, from Norway. From Science Daily:-

The field has been named Loki’s Castle partly because the small chimneys at the site looked like a fantasy castle to the scientists. The Loki part refers to a Norwegian god renowned for trickery. A University of Bergen press release about the discovery said Loki “was an appropriate name for a field that was so difficult to locate.”

That explains it, then… Give me strength.

The origin of eukaryotes itself is unsolved, interesting, and raises many important questions. There is progress.

But is there not an element of parochial atavism in Nordic researchers claiming ties to their local demon-haunted world? Might one reference The Mabinogion for no better reason than happening to have some connection with Wales? Who else might wish to get their oar in? Terms from classical Greek and Latin were chosen for their wide intelligibility, not as cultural appropriation.

For the prokaryotic host in the symbiosis that produced eukaryotes we now have an array of proposed, whole phyla – Lokiarchaeota, Thorarchaeota, Odinarchaeota and Heimdallarchaeota. “We decided to name this archaeal clade Asgard, after the realm of the gods in Norse mythology.” (Zaremba-Niedzwiedzka et al., 2017). Who next? Freya must surely get a mention soon. Perhaps in the origin of sex?

And could Darwin and Wallace have been inspired by Yggdrasil?

I fear that we may be working towards the super-kingdom Valhalla. That was the location, in the after-life, of warriors who had died in combat. It could be appropriate. A reminder that there is no evolution without extinction? A tribute to the branches that led nowhere?

Or could Valhalla become the metaphor of choice for discarded evolutionary hypotheses?