Knowledge for a Successful Society is the title of an outstanding Alternative White Paper on the future of higher education in the UK. The section on university governance is particularly perceptive and close to home. I attended the Launch Meeting in Parliament on 8th June.

The concerns addressed are very similar to those of Remedying failures of corporate management in UK universities, which colleagues and I published in 2012.

One difference is that, in 2012, the authors’ institution, Queen Mary University of London, was simply flouting the sound principles in its statutes, ordinances, and codes of practice. Today we see a government white paper that will replace these principles, to the detriment of research and teaching. The alternative white paper is a response to these. I predict that no dialogue will ensue.

It is as if the decline already in progress in 2012 has now become government policy.

What can be done to rescue UK universities?

In Defence of Public Higher Education: Knowledge for a Successful Society

Please allow me to draw your attention to this Alternative White Paper. Its launch will take place on Monday 13th June, 4.30-6.00 p.m., in the Boothroyd Room, Portcullis House, Bridge St/Victoria Embankment SW1A 2LW. The document is written in response to the Government White Paper “Success as a Knowledge Economy”.

I write in a personal capacity and as a member of Council for the Defence of British Universities, one of the contributors to the Alternative White Paper.

I believe that the quality of higher education in England and Wales will be affected adversely and irrevocably by the changes to University governance proposed in the White Paper. The aim of the Alternative White Paper is to describe policies that will, instead, protect the advancement and dissemination of knowledge and understanding, the twin primary purposes of any university in an open and prosperous society.

Please, if you can, attend the meeting on Monday next. The future of Higher Education is at stake. 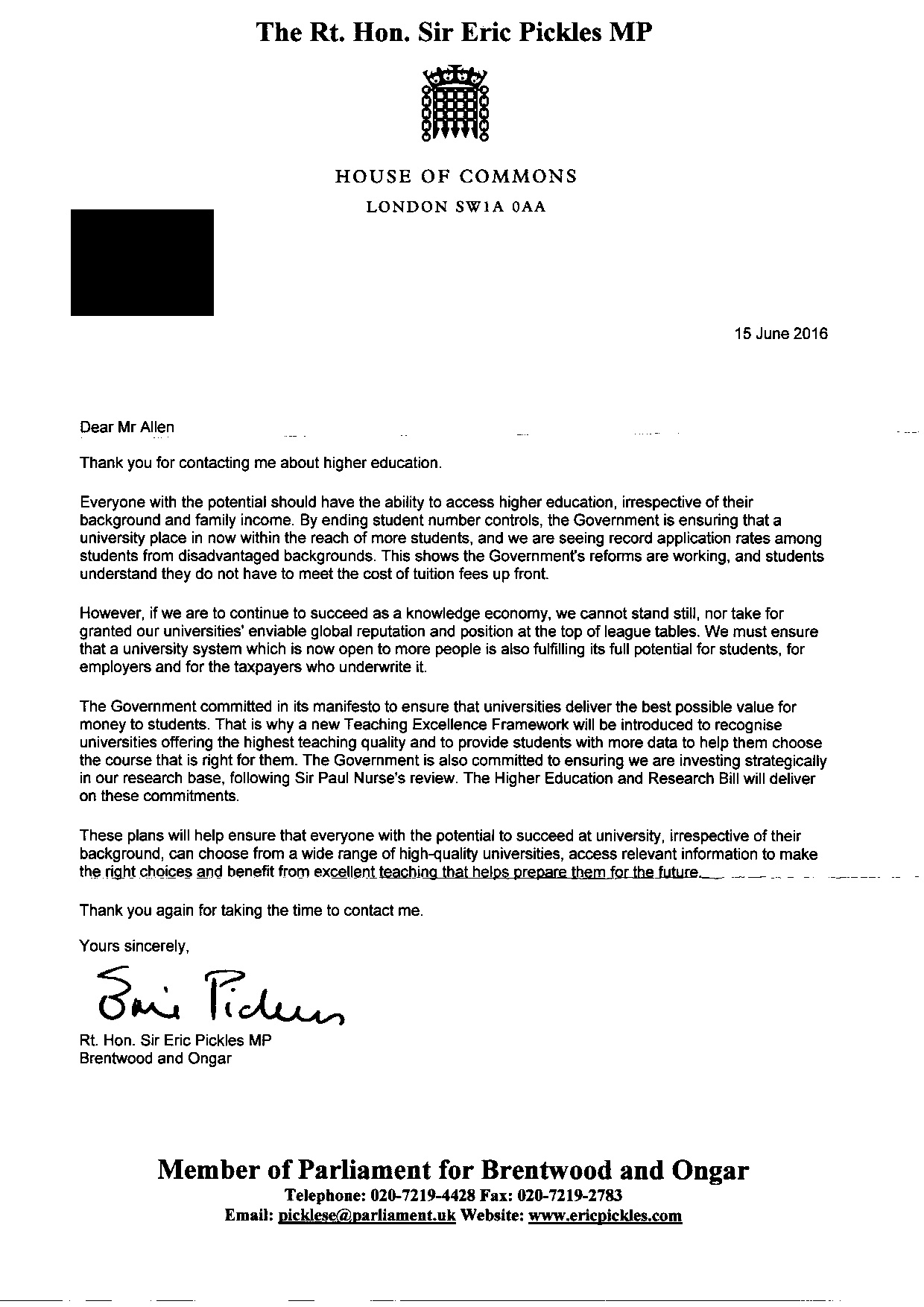