Why chloroplasts and mitochondria retain their own genomes and genetic systems

I felt I had to truncate the advertised title, that of my 2015 PNAS paper. I feared that the original title would put too much text on the first slide, tending to sap the will to live amongst members of a general audience.

I needn’t have worried.

My ever-generous host, Fanis, delivered a fulsome introduction, pointing out that I had changed my title without permission, while being, really, over-complimentary. Where and how we came to be joint authors of a low-impact letter in a high-pact journal is a story in itself, but off-topic, except by distant inference, for the CoRR Hypothesis. Members of the audience seemed to be engaged, some perhaps just waiting for the next joke. But the questions were great, and right on-topic. “What about the kinetoplast?”; “How about mitosomes?”. The message had clearly been received, and understood. I had too much to say, and over-ran; something I regard as serious discourtesy, not say say a sign of terminal self-importance. Perhaps it would be even worse to say “Sorry; no time for questions like that”.

The lunch afterwards was superb, out of doors, and a selection of Mexican foods to go in wraps of tortilla, I think. My family members would have loved it, and known what more of the treats were called than do I.

Such generosity, and such nice people. I wish I’d taken a photo. Specific poster shown here, instead. Thanks to Fanis, too, for that. 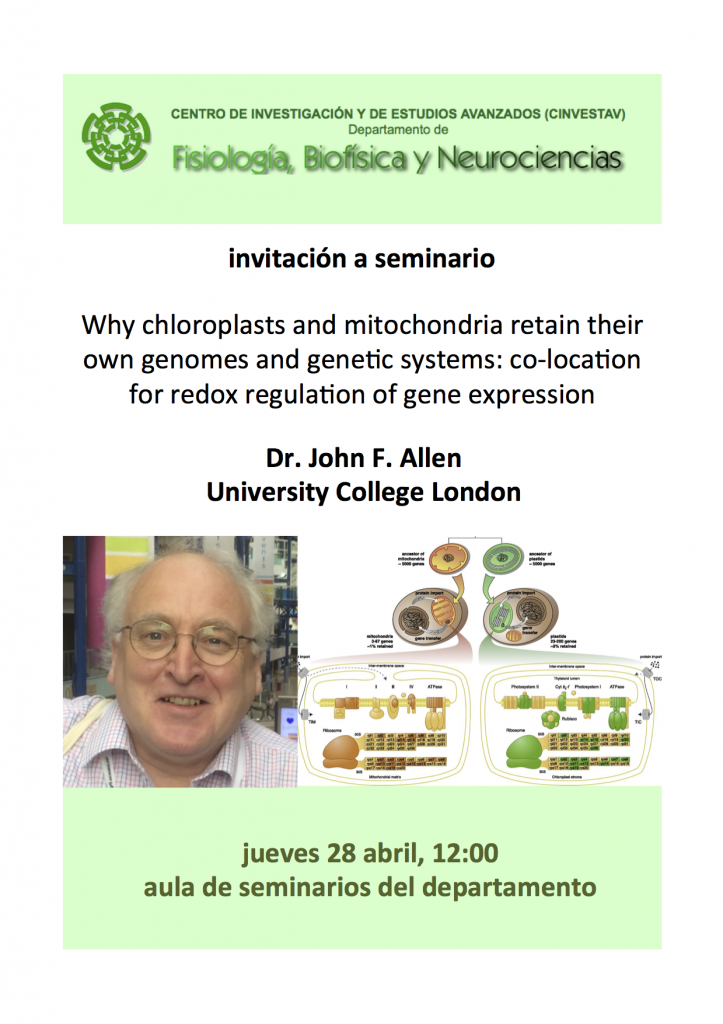